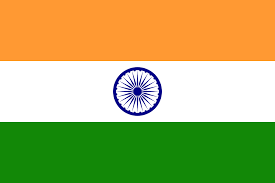 The National Flag is a horizontal tricolour of India saffron (kesaria) on top, white in the center and also India eco-friendly at the bottom in equivalent percentage. The proportion of width of the flag to its length is two to 3. In the centre of the white band is a navy-blue wheel which stands for the chakra.

The top saffron colour, suggests the strength and also guts of the nation. The white middle band indicates tranquility and also reality with Dharma Chakra. The eco-friendly shows the fertility, growth as well as auspiciousness of the land.

Its layout is that of the wheel which shows up on the abacus of the Sarnath Lion Capital of Ashoka. Its size approximates to the size of the white band and it has 24 spokes. The style of the National Flag was taken on by the Constituent Assembly of India on 22 July 1947.